Written by H2o Director Tim Hurburgh, with Nicholas Heyward, historian and current chair of the National Trust of Tasmania, Tim delves into a unique period of Australian architecture in Hobart in the 1960s and early 1970s.

Tim won a 1966 Besser display house competition, which inspired his own early use of besser blocks and, later, this article. Tim’s exploration of Hobart’s besser blocks was also published recently in Architecture and Design.

In May 2021, the 2021 AIA (Tasmanian Chapter) Enduring Architecture award was presented to Brian Walch of Hartley Wilson Oldmeadow Eastman Walch Architects, for the Wilson Robson Building in Liverpool Street Hobart. The award was a milestone in the recognition of a unique period of Australian architecture.

During this time there was a mini explosion in the erection of high-quality buildings of all types and scales in concrete block – mostly standard greys. These were made locally by Besser Vibrapac Masonry at its Lutana factory established in the early 1950s on the edge of the city. 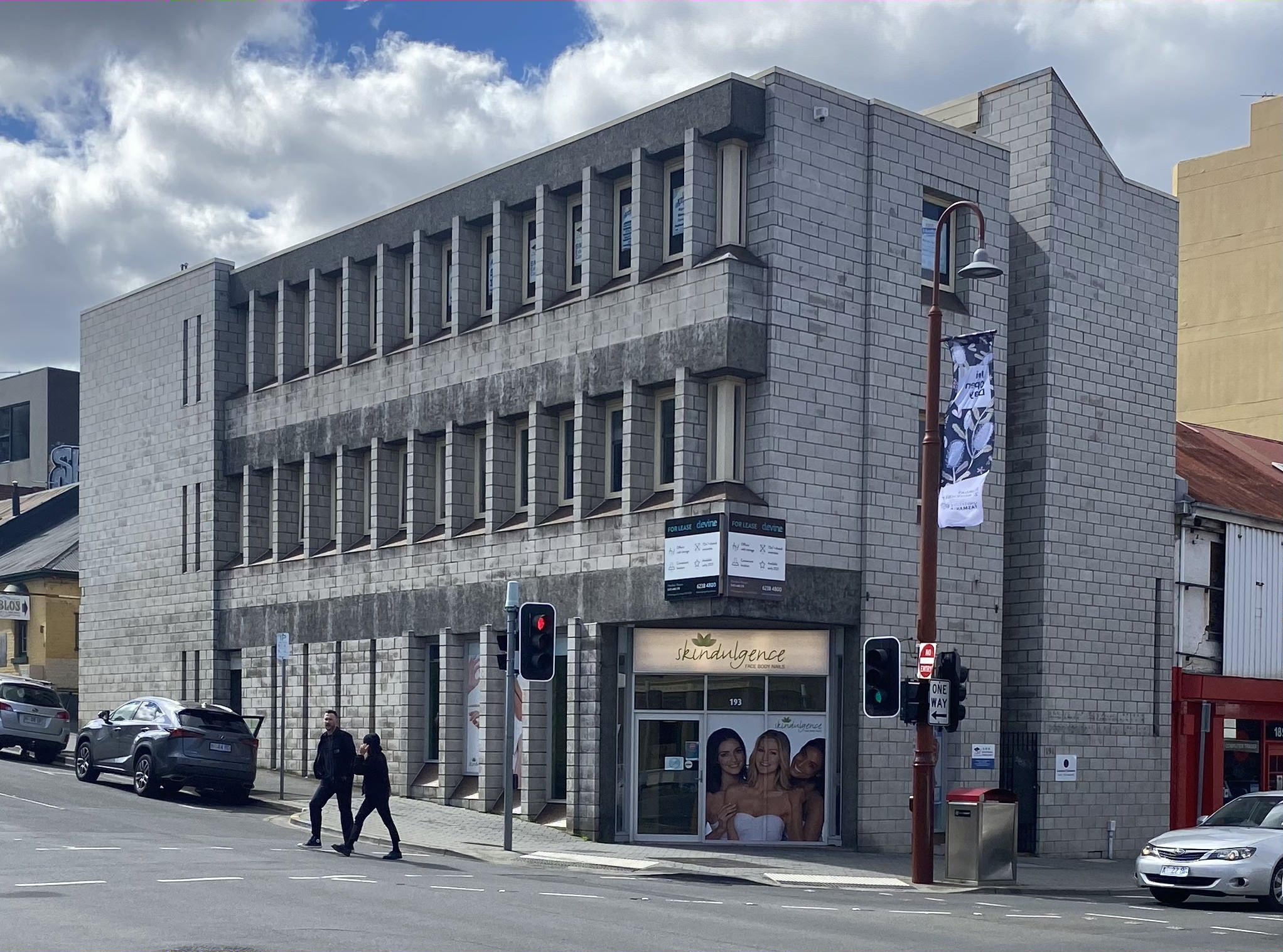 Pictured: The iconic Wilson Robson Building by Brian Walch, completed in 1973. The building can be interpreted as representing both the high point but also the end of an exuberant era of Tasmanian architecture, in Hobart in particular, during the 1960s and early 1970s. Photo by Tim Hurburgh.