Completed in 2000, RMIT Building 513, Textiles, Clothing, Leather & Footwear Facility remains one of the most unique educational buildings in Australia. As the country’s first large scale institutional or commercial project to feature an all-timber facade, the design responds to RMIT’s commitment to enrich its built environment through innovative architecture.

The project’s pioneering use of timber sparked a resurgence in timber use on non- commercial buildings nationally. The choice of timber was inspired by H2o Director Tim Hurburgh’s desire to use the sustainable properties of timber in a major building. This choice was further informed by Tim’s experience working with timber structures in Germany during the 90s, and from his Tasmanian hometown, where surviving early nineteenth century hardwood timber buildings are commonplace. The building’s facade features an interlocking grid- patterned timber rain screen over a Tyvek weather- proof membrane. Its appearance, inspired by the weaving crafts taught and produced within, changing with varying light conditions. within, changing with varying light conditions. The facade’s rain screen was also the first, and largest, to be built in Australia at the time.

A standout feature of the 5,200sqm, three-storey facility is its thermal chimney, unique at the time. Designed to achieve passive solar temperature control, the building is only partially air conditioned. Working closely with the builder, project engineers, the Timber Promotion Council, and leading northern European researchers in timber facade systems, H2o developed an environmentally responsive method of construction to regulate internal temperature. The innovative “double skin” system aided by the upward air movement in summer of the thermal chimney limits heat transfer to the building interior. The “chimney” can be closed off in winter and opened in summer to facilitate summer cooling.

Twenty-one years on, the facility stands as one of the most influential education buildings of its time. True to the original brief, it exemplifies RMIT’s commitment to innovation and research, befitting its reputation as the global leader in fashion and textiles education. 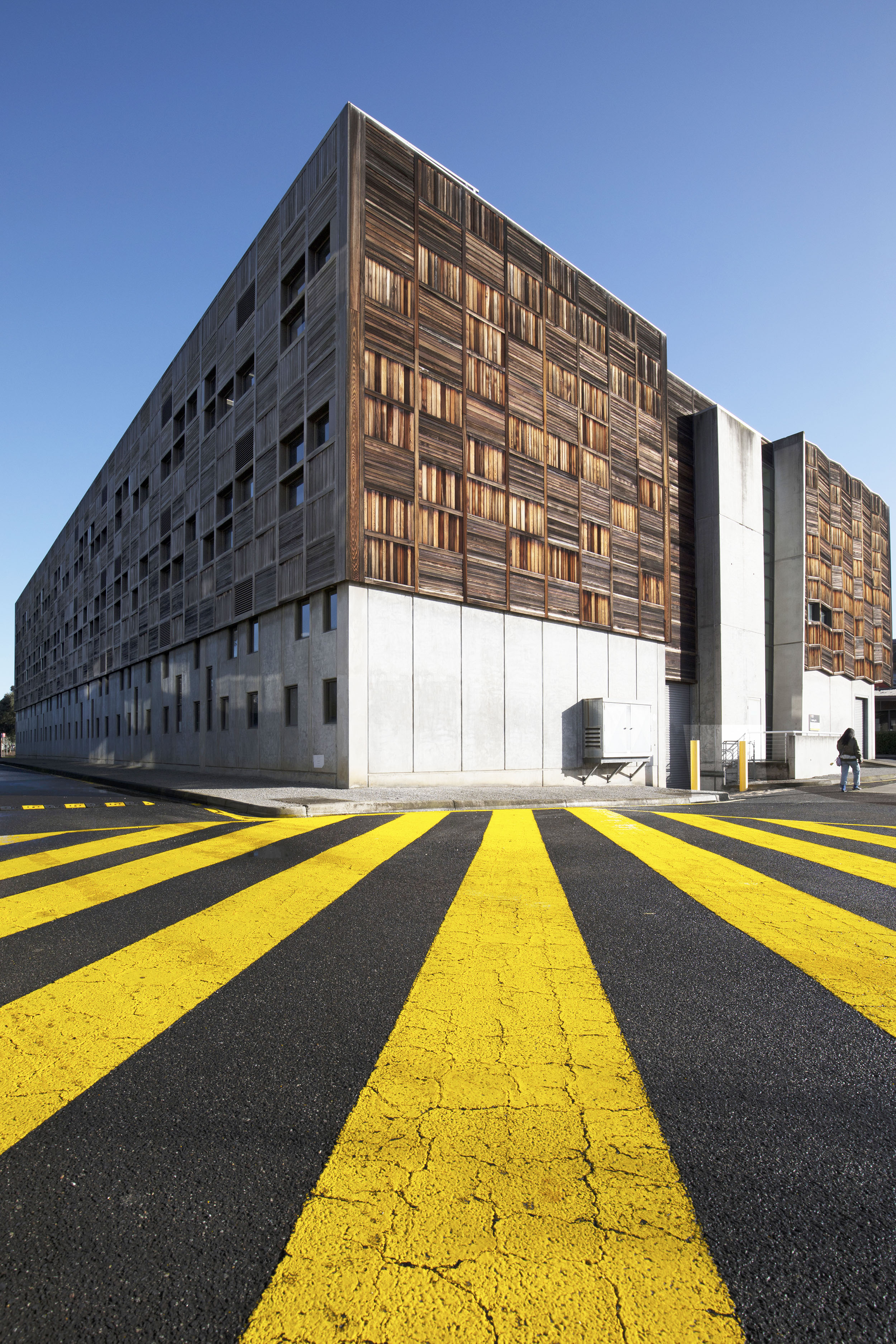 Unfinished precast concrete panelling is used on the ground floor exterior with western red cedar cladding to the rest of the building. Photo by H2o Architects.