“H2o’s recent rear addition to an 1890s Western District stone homestead is a master class in how to do it right.

For a client couple who have occupied the Winchelsea property for 15 years “and who are old friends of mine”, Hurburgh and project partner Teresa de Miguel Barco removed the unsuccessful back-of-house structure and added a fascinating square of new rooms beneath a large central skylight which sits above the low pyramid roof profile like a chimney.”

Full article can be found at,
https://bit.ly/2EBB0ds 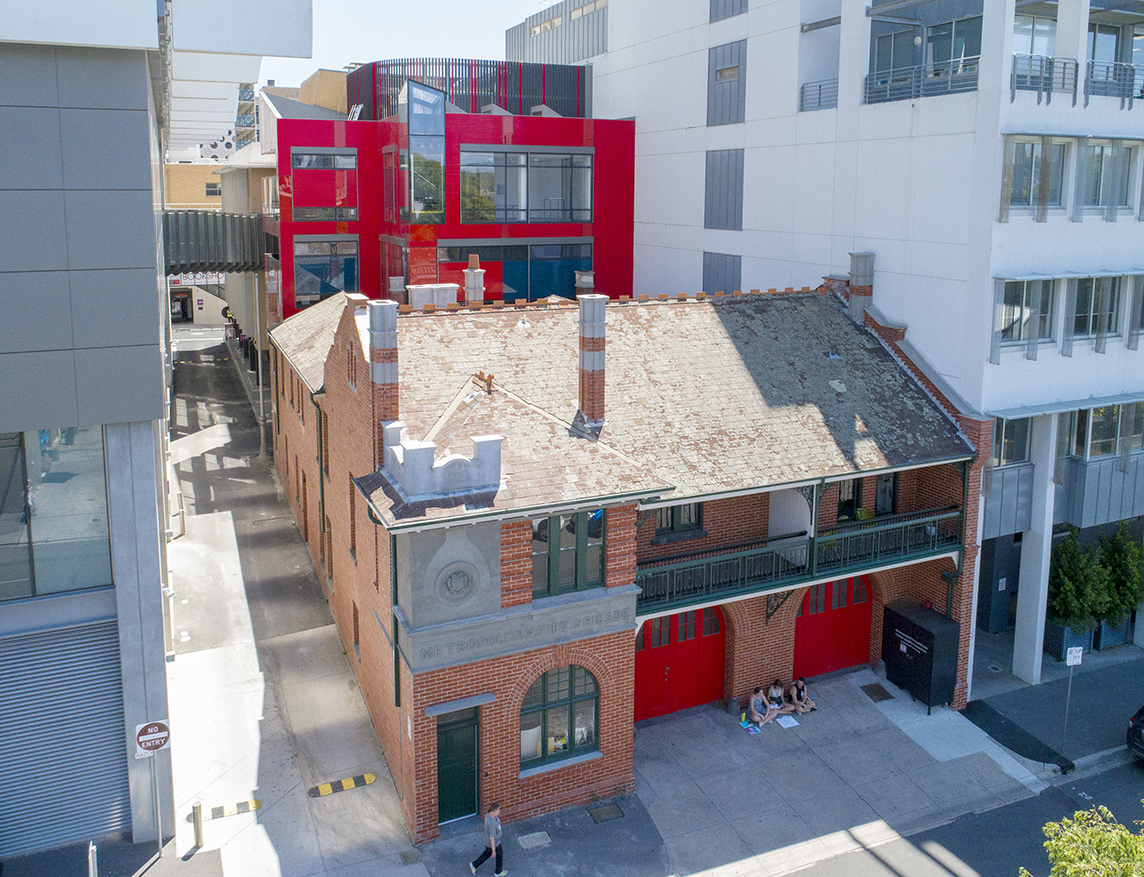 “Academics and university researchers are known for their untidy desks, with post-it notes dotted around their computers.

However, walking into the offices, shared workspaces and workshops at Swinburne University’s ‘Design Factory Melbourne’ located within the Innovation Precinct, is more akin to what would expect walking into a creative agency.

One of 24 similar hubs worldwide, and the only one in Australia, the idea for this ‘factory’ was first born in Finland by legendary architect Alvar Aalto.

“It’s about creating an environment that brings together often a disparate group of people, whether they’re researchers, creatives or financiers,” says Professor Anita Kocsis.”

Full article can be found at,
https://bit.ly/2TeMmZs 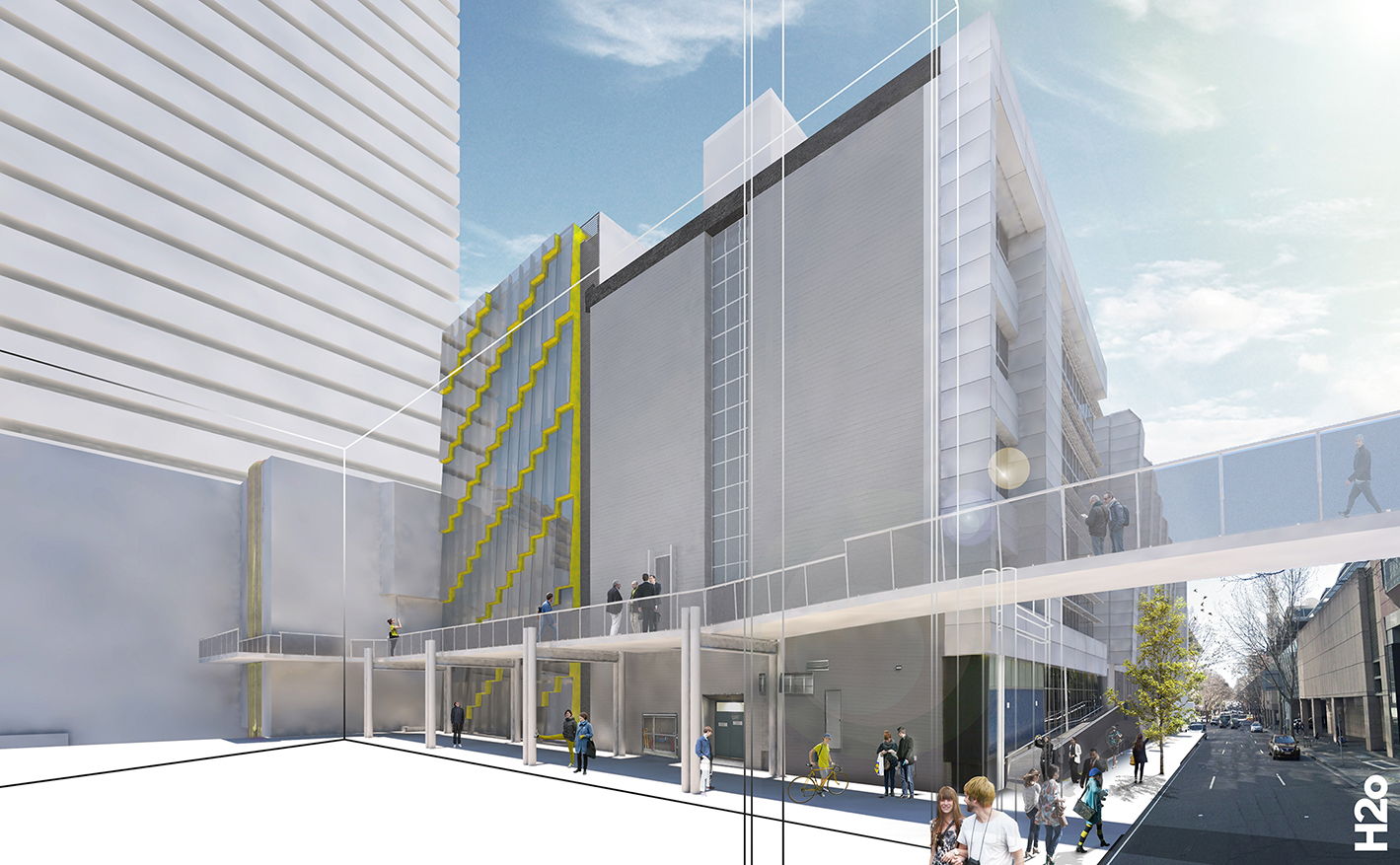 Construction work has now begun on the new H2o designed “Science Research Building” at University of Technology Sydney. The facility, due to be completed in 2020, is a response to the increasing demand for research space in the heart of the campus and provides an additional “seven levels of cutting-edge labs and facilities”.

From Professor Dianne Jolley, Dean of the Faculty of Science, “The Science Research Building will be a high-profile research space that consolidates the research infrastructure of the Faculty of Science and facilitates integrated and collaborative research across the Science disciplines, and with other disciplines from across UTS.. The vision for the Advanced Analytics Lab is to be Australia’s leading accessible analytical chemistry research facility for academia, industry partners, small and medium enterprises, and end-users. The Lab will produce highly trained specialist mass spectrometry scientists for the pharmaceutical, biological, clinical, food and environmental industries.”

Full article can be found at,
https://bit.ly/2Xhp60n 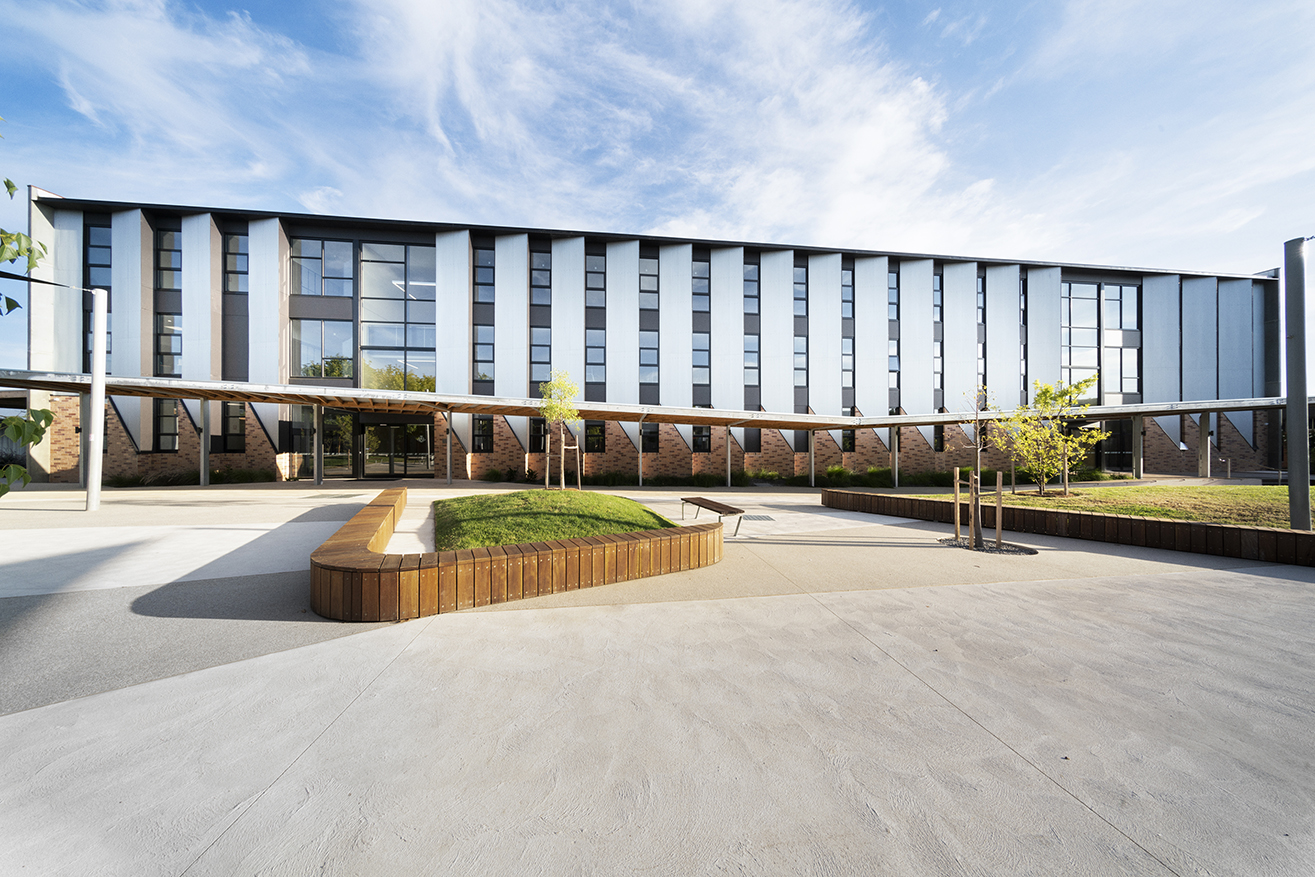 The new 3 storey McKinnon VCE Centre was opened late 2018 by the Premier Daniel Andrews, introduced by the School Principal; Pitsa Binnion and MC’d by the School co-captains. The opening was complete with 4 piece brass ensemble and a fine mezzo soprano, singing the national anthem.

The building has been incredibly well received and features a simple classical plan, a vigorous and engaging cross section and robust materiality – being described as ‘industrial elegance’. Given this, and that H2o managed to capture 19 classrooms, 4 labs and various specialist activity areas plus BOH spaces, it is a remarkably tranquil place. To achieve a dynamic and inclusive learning experience for the students, the interiors are strategically open, permeable and incorporate neighbouring venues for learning, study and research. 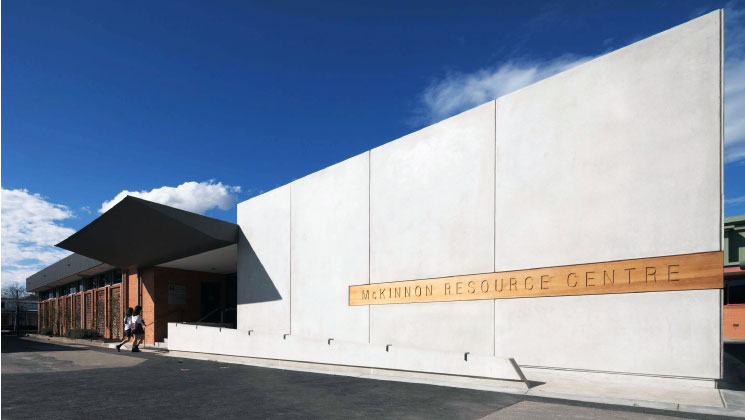 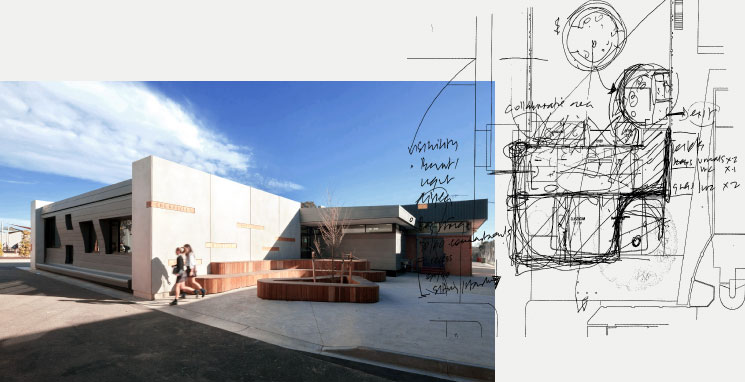 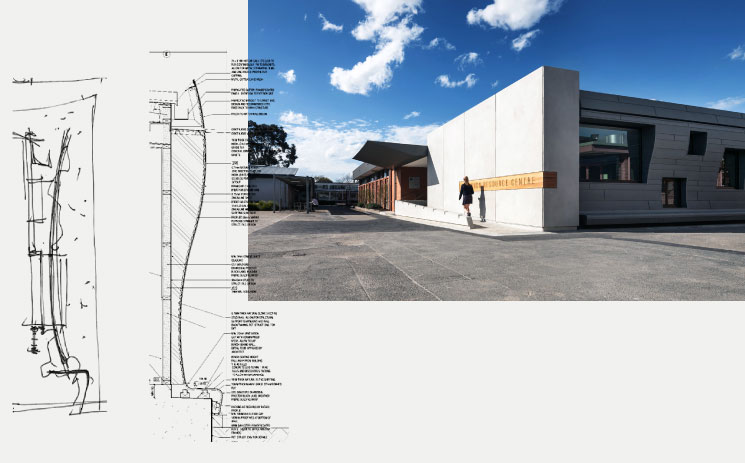 The McKinnon Library Hub represents a new outreach pedagogical model for Department of Education schools. It combines traditional storage/retrieval and resource library functions with teaching and breakout areas; formal and informal, internal and external, to create a new learning and social hub in the centre of the campus. Providing local community access extends the outreach concept to the general public, in this highly sought after Melbourne school zone. 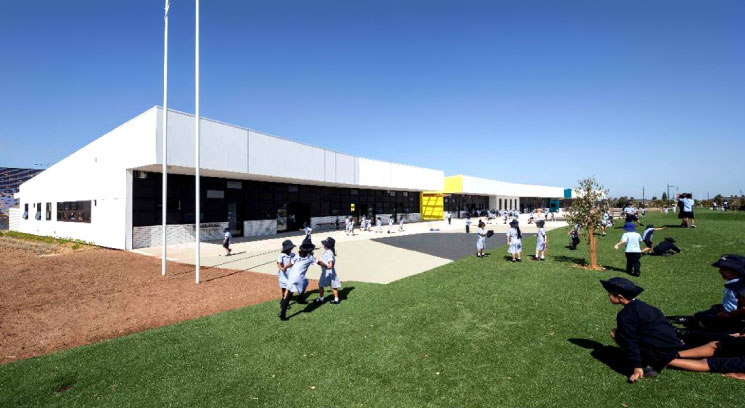 Truganina P-9 School Stage 1 is a Prep to Year 9 co-educational school with a long term enrolment of 675 students. Truganina is a new, fast growing suburb, 21kms West of the Melbourne CBD.

The school has been designed to present a strong identity to the community with new buildings positioned along the East and North boundary with clear entrance points. The school offers stage related learning areas, and learning communities have been designed to suit the varying needs of different age groups. Building scale and materials choice reinforce its presence in the fast developing urban fabric, through the use of glazed bricks to Administration Building facades and exterior dados.

The colourful, Trespa facade panels to building side walls indicate slice through walkways between communities. Timber cladding has been used in the North and South Facades as well as in the framed pergolas. The school responds to its surrounding natural environment. There are direct connections from all learning communities to outdoor learning spaces. 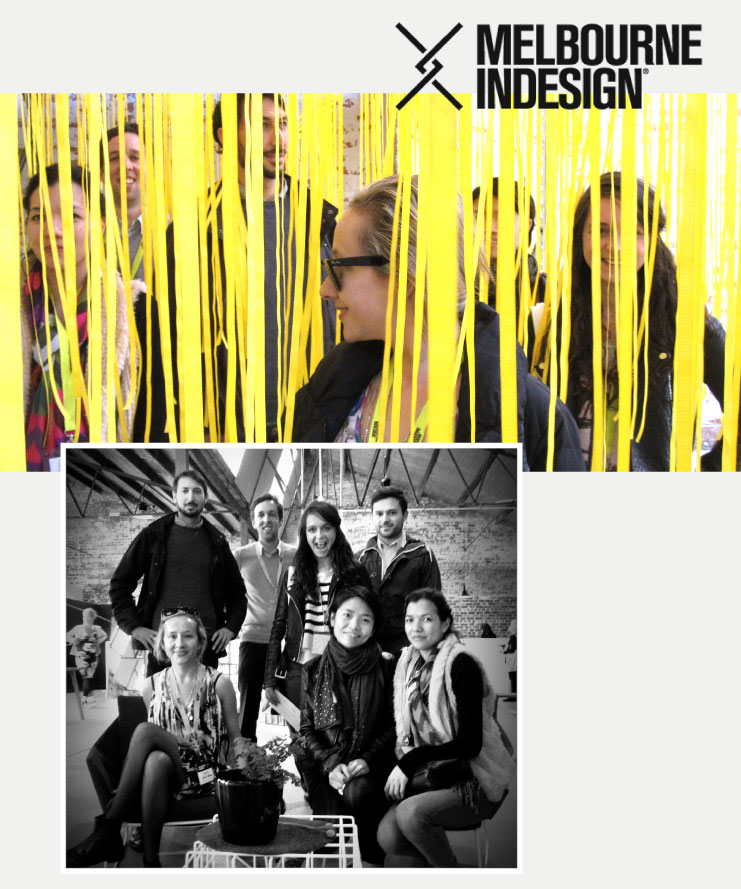 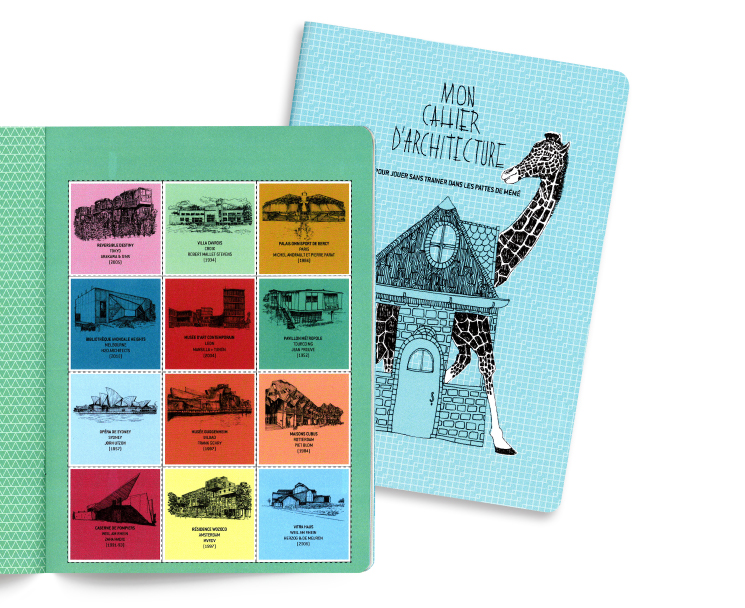 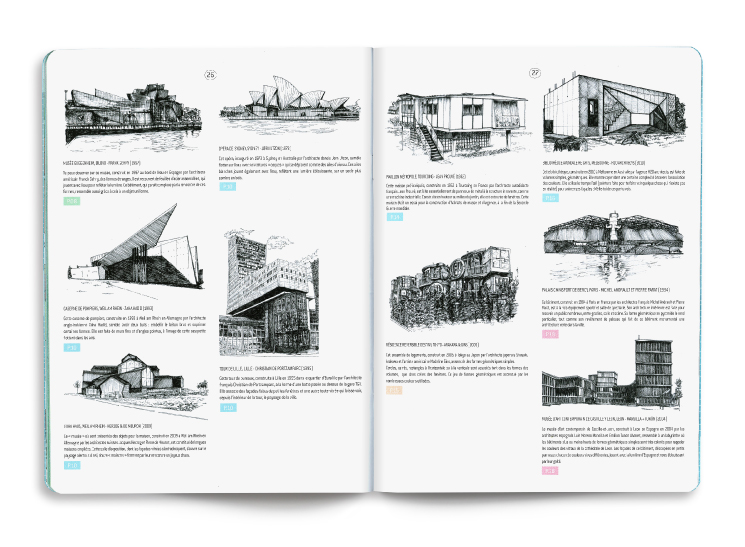 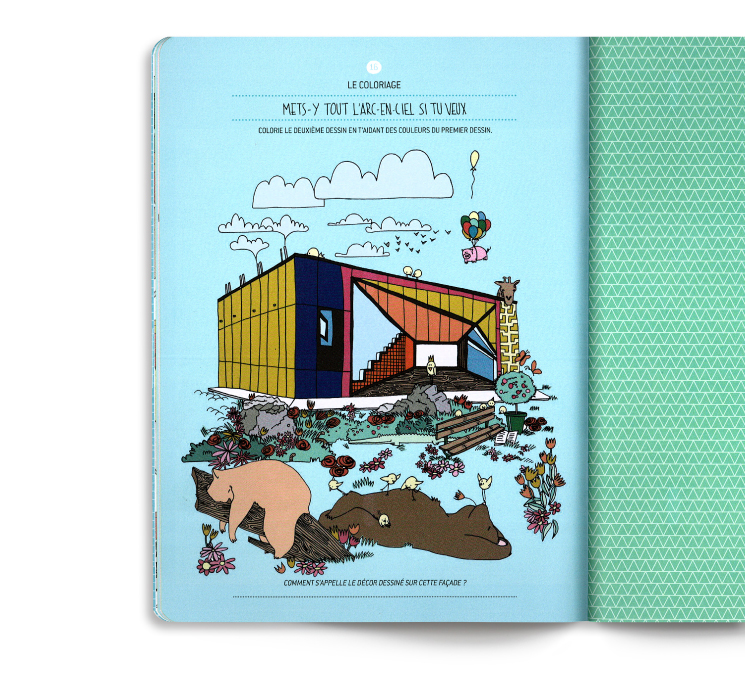 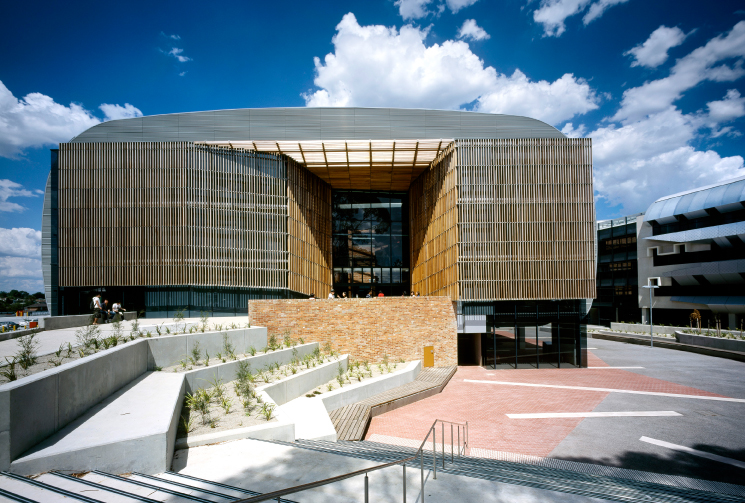 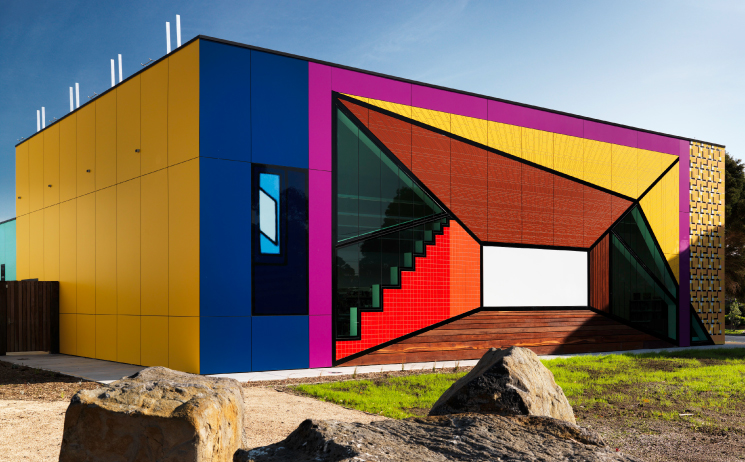